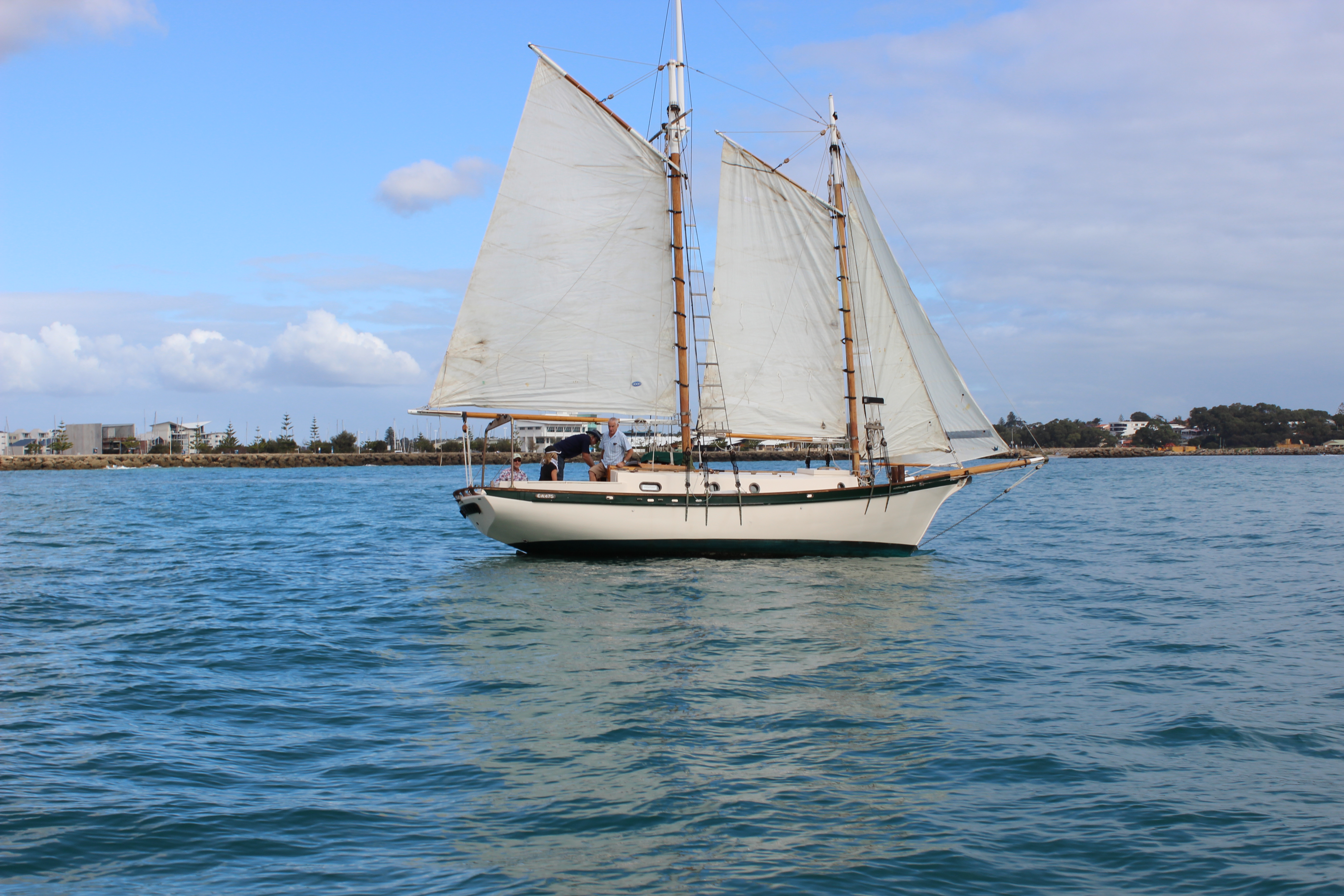 The following week’s sea trail took place on a sunny and still winter’s day. Our ‘salt of the sea’ friend came along to help out and appraise Ashanti’s performance. Satisfied the motor proved powerful enough to drive us through the fast channel current beyond the marina walls, we hoisted the sails and she sailed gently in the light airs. Her leather lined throat creaked and groaned against the mast, a comfortable old world sound bringing to mind the romance of a pirate ship. Literally there to ‘learn the ropes’ we mined Colin for every bit of information we thought we might need to know. Obliging and considered, Colin provided details including the all-important rationale of why and how her many components were designed, made and functioned. On a steep learning curve, my brain has yet to understand amps, volts and draw, but I’ve filed the terms for future learning. END_OF_DOCUMENT_TOKEN_TO_BE_REPLACED 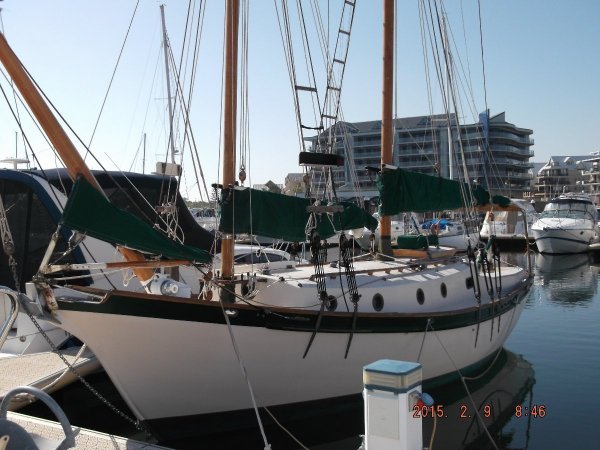 I knew little about boats, except they had terrified me as a child and made me horribly seasick . In more recent times I seemed to have overcome the nausea after a summer sailing the harbours of New England on my brother’s yacht. A subsequent flirtation with kayaks and partnership in a J24 sailboat on the Swan River won me over. I enjoyed the thrill of cutting through water, whether sailing in a howling sea breeze with a following 2 metre sea or paddling the upper reaches of the river where overhanging trees and the sky is mirrored on its surface.

I was pleased to have sold the J24 and wondered why I was taking an hours drive down the coast to look at a sail boat that was for sale. Having seen so many on the internet I hadn’t paid too much attention to this one. When we approached Ashanti tied among many other boats, I couldn’t be sure this was the boat we were going to look at, but my heart leapt with anticipation hoping this was indeed the boat we’d come to see. She was perfect in every way, beautifully painted with glossy wooden masts and trims, she was an old style, gaff rigged schooner built on what I considered an intimate and human scale.

Inside Ashanti was even more beautiful, polished bronze and varnished woodwork were used throughout the interior. Cute like I imagined a gypsy caravan, she had a lovely arched cabin roof providing plenty of headroom. Lined up along the cabin walls were numerous bronze portholes through which the breeze could blow. In the corner stood a beautifully designed, pristine galley with an oven and stovetop yet to be used beyond boiling water for an occasional cup of tea. But best of all, she didn’t smell like diesel, oil, mould, or dirty bilge water. There wasn’t a whiff of an odour about her.

It was at this point Ashanti’s owner and, as it turned out, her designer creator and builder, Colin, pointed out her most amazing feature. She had an electric motor powered by eight 6 volt batteries. Traditionally modelled along the lines of a gaff-rigged schooner with a jib, staysail, foresail and mainsail, Colin took inspiration for her design from a “Nimble” drawn by V. B. Crockett of Maine USA. It was redrawn by Bruce Roberts as a Roberts 32 and Colin acknowledged using Roberts’ plans for the hull build, with alterations to give back the more pronounced shear that Roberts had flattened off. He also rounded the hull to garboard to keel, bringing back the Nimble wineglass shape to the hull and at the same time giving a little more buoyancy to the stern.

With wooden blocks, belaying pins, hand pumps, halyards and an icebox rather than a fridge, she offered simple and economic systems requiring minimal power, while her powerful, quiet and reliable electric motor offered the latest and a more sustainable system capable of drawing on wind and solar energy. I was impressed and although lacking confidence in the cruising lifestyle aspired by so many, I allowed myself to imagine traversing the oceans in Ashanti. I looked across at the watery blue eyes of my partner and saw he was completely smitten .

Eager not to lose the opportunity she afforded and delighting in her every feature, we an offer subject to a sea trial. I normally advocate reflection before committing to a purchase, but Ashanti was unique and rare find, too good to allow slip from our grasp. I wholeheartedly agreed and we shook hands on a purchase.