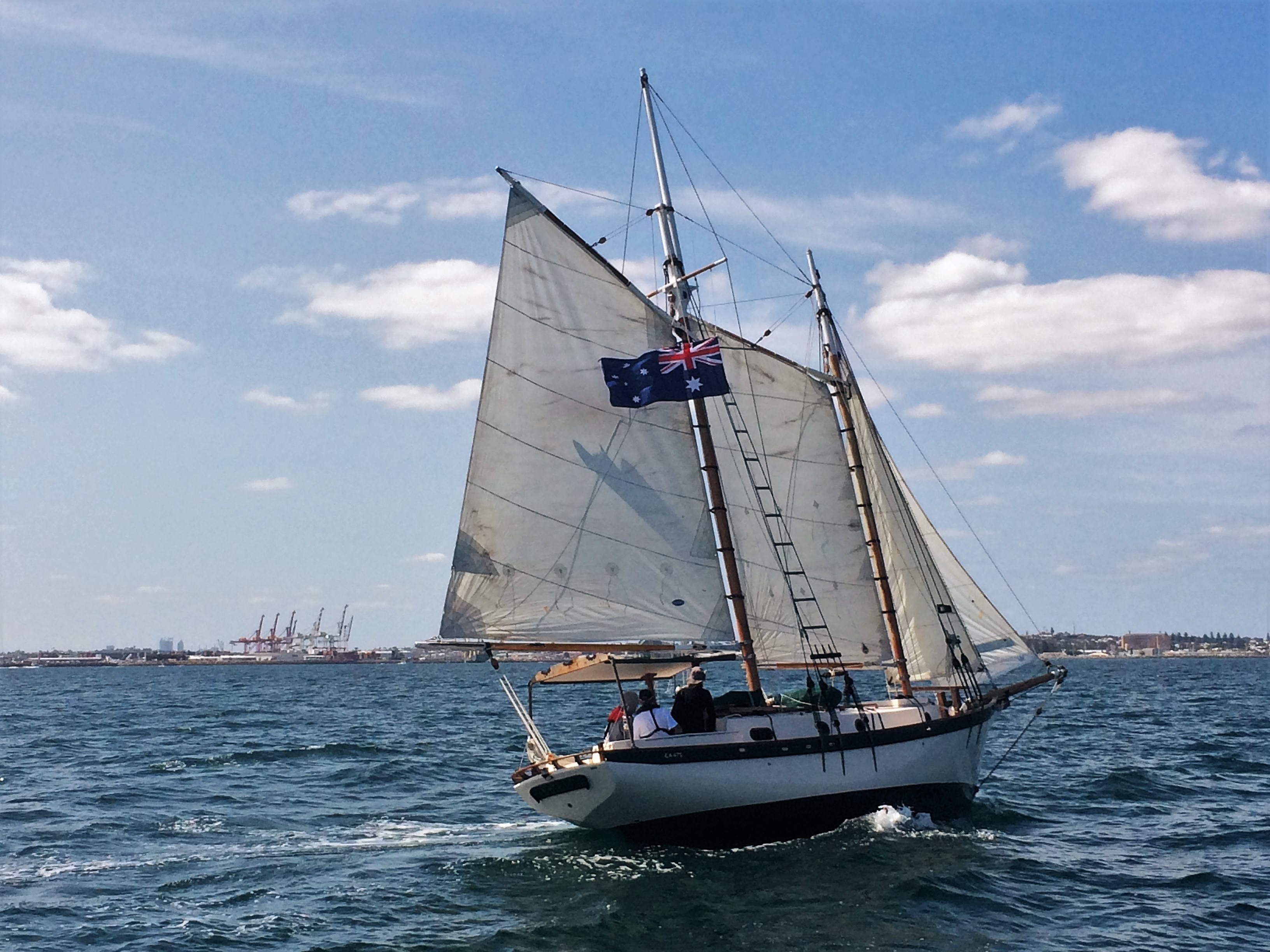 Friends joined us for the sail to celebrate Open Day and cruise past the Governor’s boat in company with other craft at  Fremantle Yacht Club. We motored out of the marina to a light North Easterly breeze and hoisted our sails near Bather’s Beach. We circled around the colourful fleet with our flags flying and had a lot fun checking out the various boats and their crew. We promenaded alongside another lovely gaff rigged schooner and, from the camera lenses directed our way, were much admired and photographed.

After the sail past the Governor’s launch we joined the cruising club for a race around the buoys. With the wind on the nose we couldn’t point high enough and had to cheat by motoring around the first mark and cutting the corner on the second. Down wind we kept abreast of some of the smaller boats and maintained a nice goose winged action when the breeze was directly behind. Rather than going around the course twice we sailed back to our pen on a lovely broad reach, of course we were the first back in and we won a bottle of wine for our stirling effort.